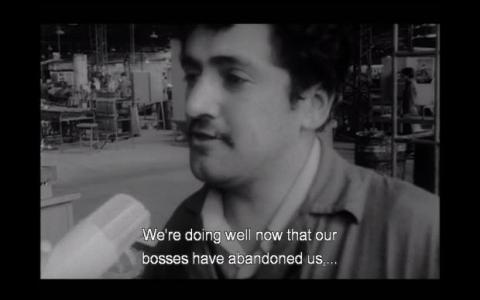 This Tuesday, we are screening the third part of Patricio Guzmán's award-winning documentary screenings about this period of socialist upheaval and experimentation in Chile. The previous two parts, dealing with the political tension in the state and right-wing organising in order to overthrow the government, are also very important; but Part III is even more interesting in that it shows how thousands of local groups of "popular power" were organising "from the bottom": under conditions of siege from factory owners, foreign powers, and local right-wing, but with hope for a different society and newly found confidence of self-management.

The film will be shown in Spanish with English subtitles. If you have ideas about what other films could be shown in this series – contact us online or live.